Camping and Glamping in Georgia

From the liquid crooning of Ray Charles to the fragrant, flower-filled streets of Savannah, Georgia has always held a dreamy spot in the American imagination. Time seems to slow down in this sleepy southern state, especially when the mild temperatures of spring and fall beckon campers outdoors to take advantage of all the state has to offer.
Explore campsites in Georgia

In the northern regions, you’ll find rolling mountains and cascading waterfalls – to the east, pristine, undeveloped beaches and low-key coastal destinations await. Whitewater rafting, mountain hiking and beach cruising are all big here, and festivals light up the Peach State all year long. 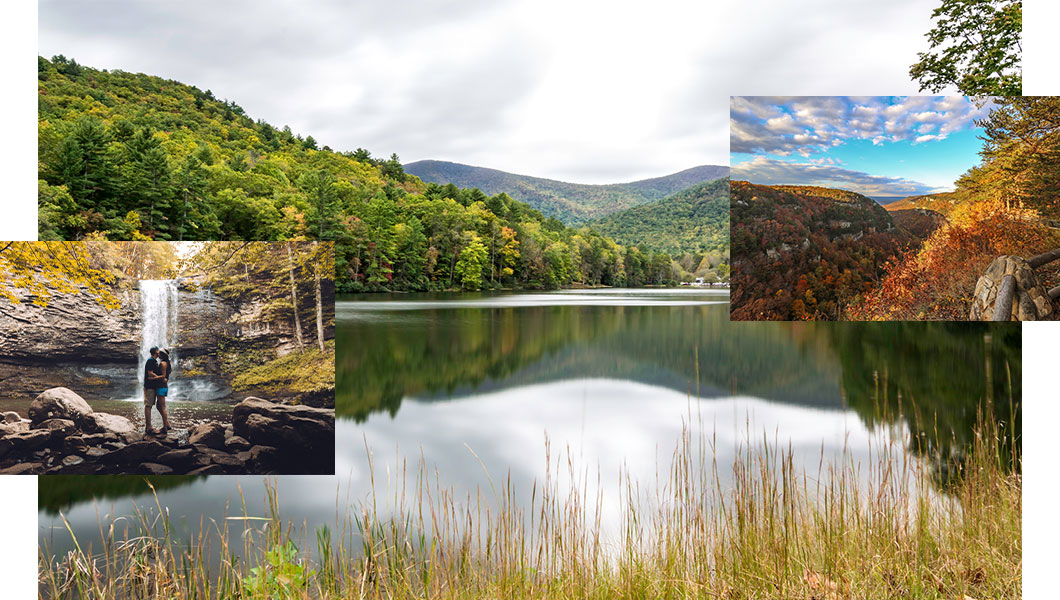 Nestled just under Tennessee & the Carolinas, it’s no surprise that the northern regions of Georgia are brimming with mountain splendor. The northwest tip of the state belongs to Cloudland Canyon State Park, where you can spend the day on a guided cave tour or traverse the canyon floor. Following the beloved Waterfall Trail will lead you to two gorgeous waterfalls: Cherokee Falls and Hemlock Falls.

Fishermen love Vogel State Park, a 223-acre spot in Chattahoochee National Forest that’s home to a 22-acre fishing lake; while rafting fans may want to check out the whitewater options along Chattooga River where the border connects to the Carolinas (and where the movie Deliverance was filmed). The tallest point in the state belongs to nearby Brasstown Bald – where, on a clear day, hikers can see all the way to Atlanta.

Georgia’s piece of the Appalachian Trail, Blood Mountain, can also be found in this region, tucked along the southern tip of the Blue Ridge Mountains. A little further south, you can climb the 600 steps to Amicalola Falls for a breathtaking cascading waterfall, or fly through the forest on a zip line. 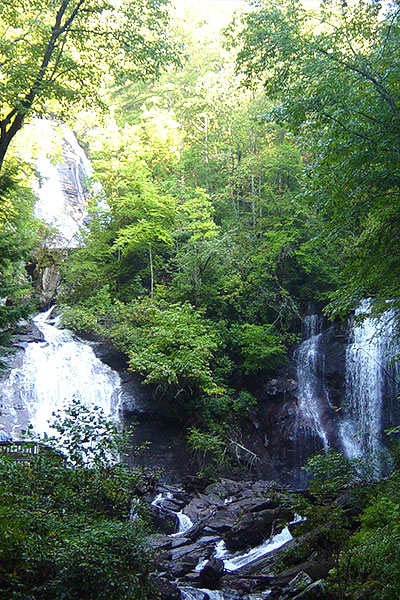 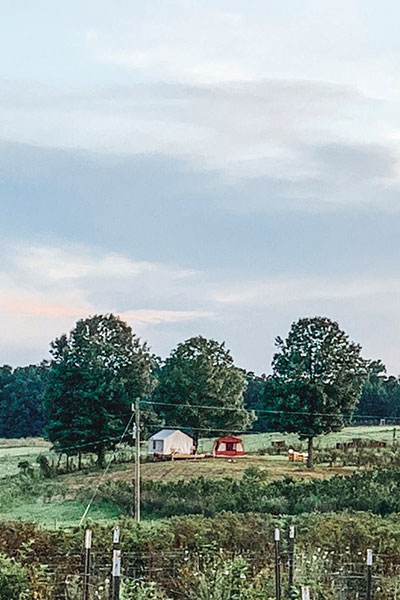 Swimming weather hits this part of Georgia as early as March, when rental spots swing open, offering inner tubes, stand-up paddleboards, and kayaks to those looking to enjoy a slow float down the Chattahoochee River. There’s a short 1.5-mile trip starting from Don White Memorial Park, and a longer stretch from Island Ford.

Just outside the city, you can hike up to Stone Mountain for a view of downtown Atlanta and the North Georgia mountains (bring a penny for the penny press at the top); or explore the Arabia Mountain Natural Heritage Area by bike or foot. Located about 30 miles outside of Atlanta, the 40,000-acre site has taken 400 million years to form, and offers history, greenspace and cool granite outcrops called “monadnocks”. 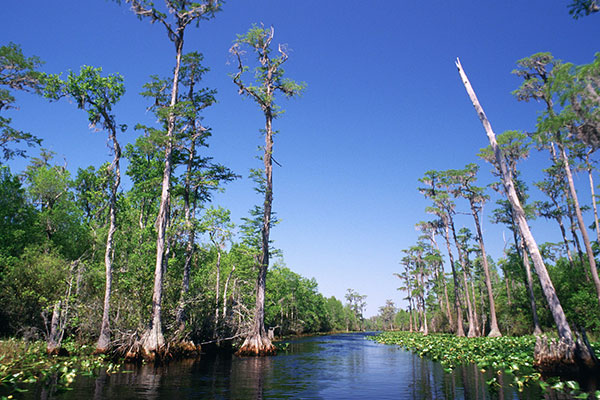 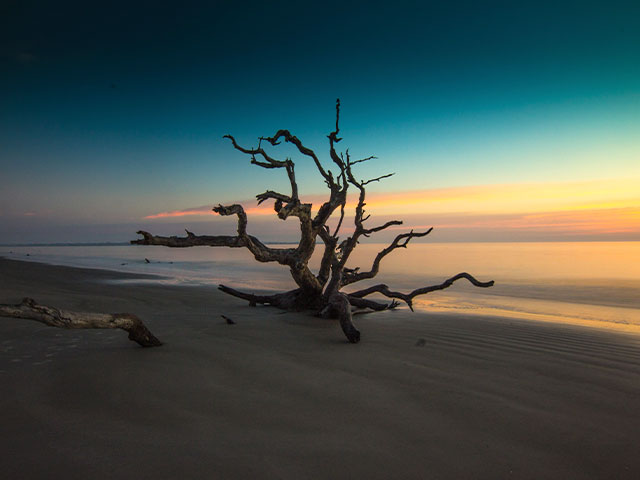 Although much of the east side of the state hugs the Atlantic, Georgia doesn't actually boast a lot of shoreline. But what it does have is pretty spectacular – with deeply preserved natural beaches and endless history. Though only accessible by ferry, you’ll want to make the hump to Cumberland Island National Seashore, a breathtaking island near the Florida-Georgia state line where you can trek through the maritime forest, explore the 19th century Dungeness Ruins (a shelled-out mansion that once belonged to the Carnegies), or spot a wild horse or two.

Just just north of here, the highly photogenic Driftwood Beach (on Jekyll Island) is peppered with gnarled driftwood left behind from years of erosion, giving it a serenely beautiful atmosphere. For a bit of blackwater fun, you can mix it up and head inland to canoe along Okefenokee Swamp at Stephen Foster State Park.

Those looking for a quick coastal trip from Savannah should try Tybee Island, a barrier island about 20 minutes from the city, known for its wide, sandy beaches, historical fort and functioning 18th-century lighthouse.